The Golden Comar Prize 2019: A Report by Ali Znaidi

The Golden Comar Prize 2019: A Report by Ali Znaidi

The 23rd edition of the Golden Comar Prize was held on April 27, 2019 at the Municipal Theatre of Tunis (Théâtre Municipal de Tunis). The ceremony was attended by a number of intellectual, cultural, media and artistic figures as well as the Minister of the Cultural Affairs Mohamed Zine El-Abidine.

This edition was dedicated to the soul of Rachid Ben Yedder, president of the Amen Group who passed away on January 23, 2019 at the age of 84.

The Arabic version of the prize was awarded to Tarek Chibani for his novel (Lella Essayida) Lady Essayida.

The French version of the prize was awarded jointly to Mohamed Bouamoud for his novel (La princesse de Bizerte) The Princess of Bizerte, and Rafik Darragi for his novel (Jugurtha Un contre-portrait) Jugurtha A Counter-portrait.

The other prizes went as follows:

*French language prizes:
-The Jury Special Prize was not awarded this year. 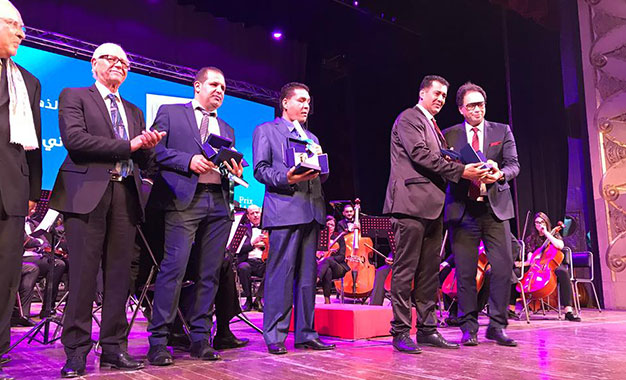 The Three Laureats Of The Arabic Section Receiving Their Prizes From Mohamed Zine El-Abidine, Minister of the Cultural Affairs. Photo Credit Kapitalis. http://kapitalis.com/tunisie/2019/04/28/reportage-la-soiree-des-prix-litteraires-comar-dor-2019-en-photos/ 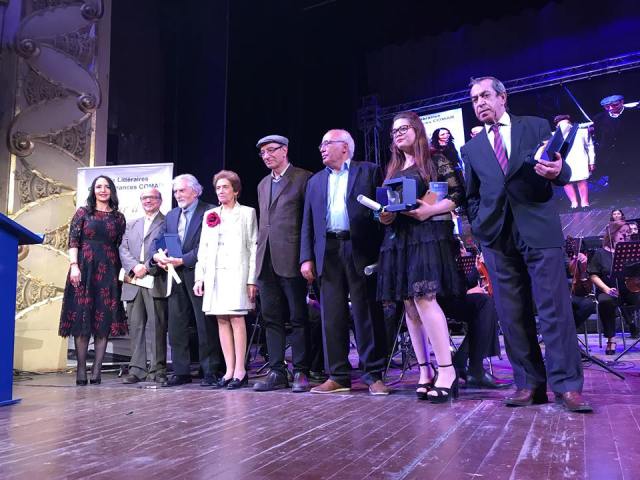 The Laureats And The Judging Panel Of The French Section. Photo Credit Kapitalis. http://kapitalis.com/tunisie/2019/04/28/reportage-la-soiree-des-prix-litteraires-comar-dor-2019-en-photos/

Around 34 novels in Arabic and 13 novels in French competed for the afore-mentioned prizes.

Ali Znaidi lives in Redeyef, Tunisia. He graduated with a BA in Anglo-American Studies in 2002. He teaches English at Tunisian public secondary schools. He writes poetry and has an interest in literature, languages, and literary translations. His work has appeared here and there and is scheduled to appear elsewhere . At moments of revelation, he smokes and drinks green tea with mint while pondering.
View all posts by aliznaidi →
This entry was posted in News and Events and tagged Abdelkader Alimi, Alyssa Belghith, Chaouki Barnousi, Mohamed Bouamoud, Rafik Darragi, Tarek Chibani, The Golden Comar Prize, Tunisian novel. Bookmark the permalink.